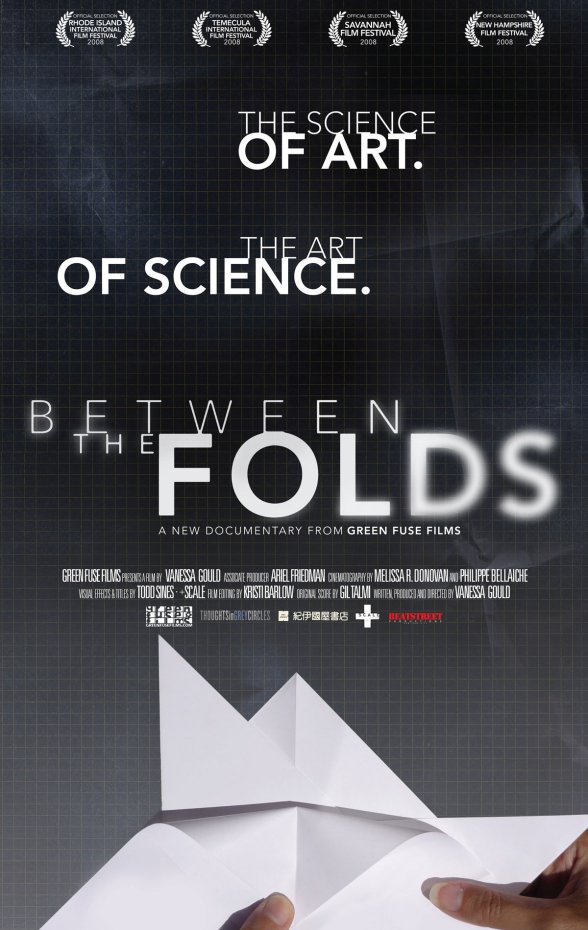 I recently watched the documentary “Between the Folds” from filmmaker Vanessa Gould.  When I reserved the film I knew it was about Origami.  What I was not prepared for was how much more than just Origami this film is about.

The documentary was released in 2008 and runs for 55 minutes.  Less than an hour long, this film is full of interesting information and beautiful images.  Like the origami polar bear above.

Archival footage of Akira Yoshizawa shows the grandmaster of origami working on his art.  He is credited with the elevation of origami from a craft to a living art.  Akira estimated in 1989, that he had created more than 50,000 models of which only a few hundred designs were presented as diagrams in his 18 books.

The film talks to artists about the fine art of origami.  One of the artists makes the paper that he uses for his origami creations.  Others talk about the evolution of the art over time and their inspiration.  This documentary features the following notable origami artists: Erik Demaine, Martin Demaine, Tom Hull, Eric Jeisel, Satoshi Kamiya and Robert J. Long.

“Between the Folds” talks about how the art of origami inspires teachers and helps their students with mathematical challenges and creative solutions.  Several very cool math teachers, who use origami in their class rooms were featured in the documentary as well.

One portion of the film that I found incredible and fascinating, was how the art of origami enabled scientists to solve problems not only in mathematics but other areas of science like physics and medicine.

Between the Folds was given the Peabody Award in 2010.  An award that I feel it greatly deserved.

An amazing illustration of creativity over vast areas of the human experience, I highly recommend the documentary “Between the Folds.”

11 thoughts on “Between the Folds”