What will we find hiding there?

A new trail to travel on.

Where will it take me?

Over hills, around the curve

Apples on the trees 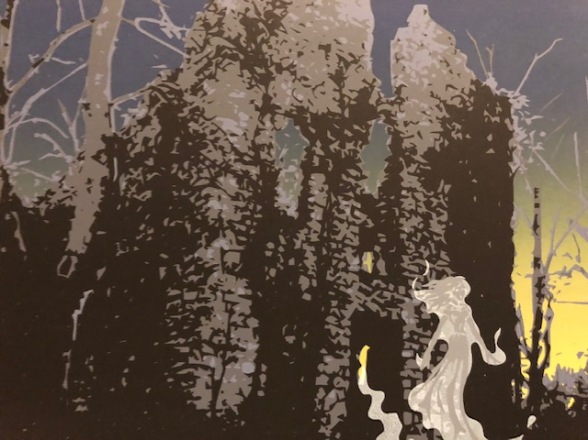 Have you ever heard someone say that they have given up the ghost?  To “give up the ghost” is an idiom that has been traced back to the 1600’s.  Just in case you are curious, an idiom is a word or phrase that has a figurative meaning that is not easily deduced from its literal meaning.

To “give up the ghost” means to expire or die.  In the case of a mechanical object it means to stop working.  It also means to give up on or stop trying to do something because you know that it will not succeed.

I confess that I really hadn’t thought a lot about this saying until I heard it used in a song entitled “Giving Up the Ghost” by the band a-ha from their album “Cast in Steel”.  I have attached a link to the song as follows: Giving Up the Ghost by a-ha

The song got me thinking about how we hold onto things that do not bring us joy or happiness.  That we keep trying to do something even though we know it will not succeed, may never succeed and often causes us pain.

I am not talking about when one is learning a new skill, trade or activity.  You can’t expect to paint a perfect painting if you have never used acrylic paint and a paint brush before.  There is beginner’s luck but I will save that discussion for another post.

What I am talking about is staying in the same job, relationship, situation, etc. because we are to stubborn to let it go.  Or we are afraid to move on because we don’t want to be seen as failing or a failure.  There is also a fear that what is out there is worse than the situation we are in.

For example, I worked in a job that I did not enjoy for seven years.  I was afraid that the next job would be worse than the one I was in.  I have a friend who almost immediately after getting married realized that she had made a horrible mistake.  But instead of ending the marriage she continued trying to make it work for nine years before giving up the ghost.  She felt that to end the marriage was a failure on her part.  Another friend shared how he went into a career field because he thought it would please his father.  It was only after his father’s death that he realized how miserable he was.  Trying to please someone else he didn’t realize how unhappy he was.

Making major and even minor life changes are one of those things that is much easier said than done.  If this was easy to do, I think people would give up the ghost on a lot of things and a lot earlier.

What are some of the areas of your life that you are holding onto even though it does not bless you or bring you happiness?  What could you do to give up the ghost?  Please share your experiences of giving up the ghost in the comment section of this blog.

Shimmering and shaking in 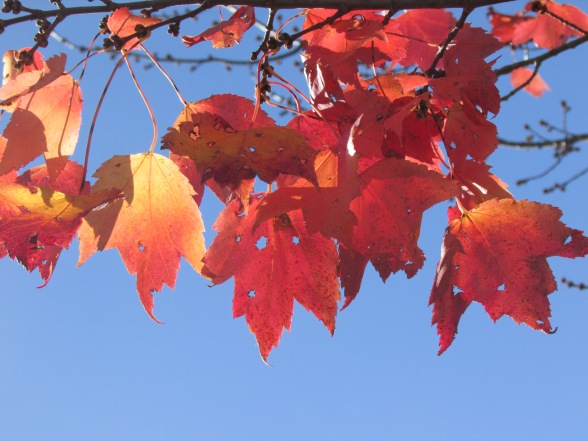 The colors of changing leaves

A feast for my eyes